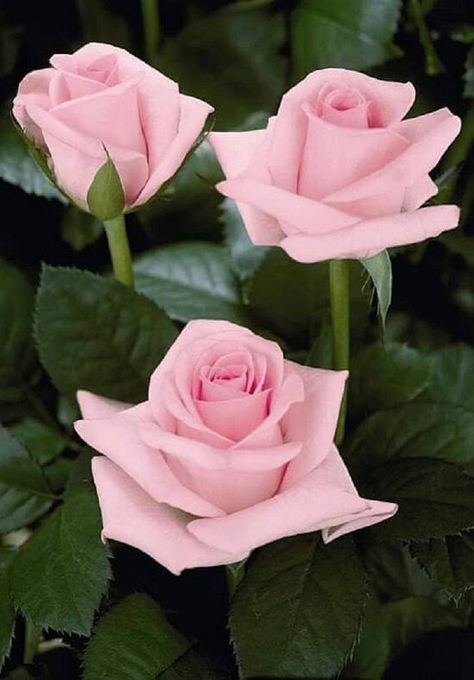 It can be said without exaggeration, that none of the ornamental plants was of such interest to breeders, like a rose. From the last years of the eighteenth century, there were so many new varieties, that there are currently about a dozen thousand of them. In Poland, the assortment of varieties has long been abundant and varied, because our nurseries have always produced the best and most beautiful varieties on the world list.

At the beginning of this century, the first varieties of bouquet roses - R.. polyantha hort., which, like the renovators, did not survive too long in wide cultivation. However, they played a great role, enriching the flora of our parks, new green areas and gardens, high and durable decorative values. First of them, what was planted at our place, to: Clotilde Soupert, Katherine Zeimet, Ms. Norbert Levasseur, Or-leans Rose, Aennchen muller, Ellen Poulsen, Mrs Jules Gouchauld; later came: Marshal Foch, Verdun, Goldlachs, Glory of the world. In addition, the then common Bourbon rose was very often found (R. Bourbon After) Souvenir of Malmai-son, which has been of great merit especially for public green areas, being by almost 100 years in the row of the most valued and mass-planted varieties.

In the 1920s, the first varieties of bouquet hybrids were introduced to green areas (R. polyantha hybrida hort.). Here are the most important of them: He could have, iDistinction, Dorothy Dix, Elsę Poulsen, Joseph Guy, Kirsten Poulsen, J. F. Muller firelight, Heidekind. Later varieties of this breed include: Dagmar Spath, D. T. Poulsen, progress, Mrs. van Straaten van Nes, Ingar Olsson, Donald Prior, Anne Mette Poulsen, Helgoland, Rouge. It was bouquet roses of this breed that were most commonly planted in urban green areas in the last years before the war, displacing more and more its old little-flowered sisters.

In the 1920s, we also saw a massive expansion of tea hybrids in our country (R. thea hybrida away.) and Pernet hybrids (R. pernetiana hort.). Hybrids successfully competing with renovators, and also with the rarely cultivated Bengal roses (R. chinensis var. semperflorens Koehne), tea parties (R. odorata Sweet) and Burbonne were mastered almost completely by the then collections of large-flowered roses, bringing more and more interesting color combinations, nobler shapes, more profuse flowering. Characteristics of the selection of roses commonly cultivated in the 1920s would be incomplete, if the above-mentioned breeds were completely ignored. For re-installers it is already the proverbial "swan song". They constitute, on average, only approx 10% selection varieties. To varieties, as mentioned at the beginning, opening the career of roses in our country at the turn of the 19th and 20th centuries, there were several dozen, among which the following stand out to the fore: Captain Christy, Captain Hayward, Duchesse of Sutherland, Mrs. Karl Druschki, Georg Arends, Georg Dickson, Heinrich Munch, Hugh Dickson, Magna Charta, Misters John Laing, Greetings from Saxony, Ulrich Brunner fils.