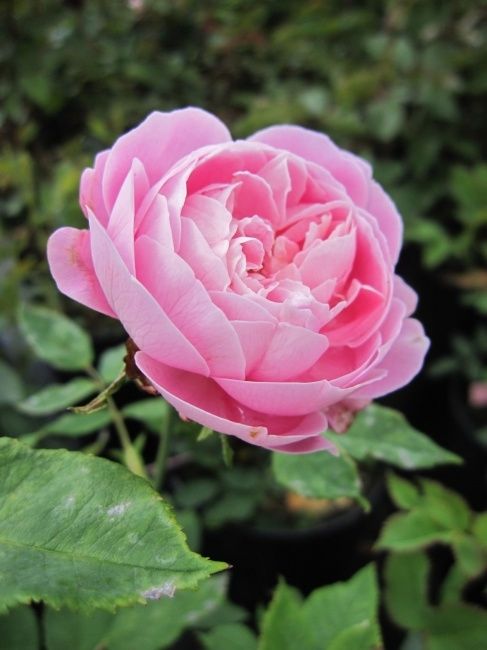 This breed was created at the beginning of the 19th century as a result of breeding work on a species that was brought from Bourbon Island at that time (today Réunion), which was named Rosa barboniana Desp. At that time, this breed looked very interesting and bore great hopes for the future. The varietal output is an illustration of the wide range of interests and sizes of breeding work, which at the turn of the 19th and 20th centuries included approx 500 position. This breed was distinguished by short roses, compact growth, abundant, repeated flowering and large ones, when unfolded with flat flowers, which were profusely filled with petals. In terms of resistance to frost, they were superior to tea roses - so they bore great hopes.

As the near future showed - they did not meet the expectations and finally succumbed to the triumphant invasion of tea hybrids, which caused a real revolution.

It resisted the advantages of tea hybrids and almost the longest 100 for years she has been decorating parks, lawns and gardens, extremely popular even in the twenties of this century - Souvenir de la Malmaison (Beluze, 1843). This variety has exceptional merits, mainly for urban green areas, as well as for potted cultivation under glass for cut flowers - it enjoyed great success and mass use for almost a century.