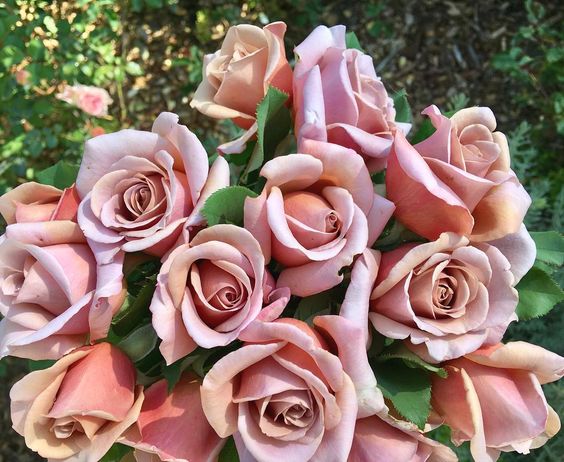 PRODUCTION OF COASTERS FOR BRUSHED ROSES

Mass demand for roses, dating from roughly 100 years, caused a great development in the production of rose bushes. This production was realized very quickly, that getting a good noble material depends primarily on the washer, therefore, the nurserymen's efforts are aimed at obtaining the best rootstocks.

The production of rootstocks is an important branch of nursery today; there are farms focused exclusively on it, supplying these nurseries, who do not have the conditions for the production of the backing material on their own. It is best if a nursery that produces rose bushes can, at least for their own needs, produce the appropriate number of washers; it is then independent of external supplies, which in our conditions are different and do not always meet the demand. In addition, the right assortment of washers is very important, for which also difficulties are common. So with us it is best to produce the washers on our own.

The initial search for the best rose rootstocks was carried out within many species. At the end of the 19th century, the following species were experimented with: R. canine, R. rough, R. rubiginosa, R. rubrifolia, R. boursaultii, R. ura-lensis, R. alpina, R. villosa, R. centifolia, R. dumetorum Laxa, R. multiflora. However, it was soon realized, that only some of them deserve attention, the greatest hopes were pinned on the wild rose (the chin) — R. canina L. The near future has shown, that for Central European conditions it is significantly R.. canina shows the greatest usefulness. Besides, they were interesting: R. rubiginosa, R. multiflora, R. rough, mainly in the Dutch type - R.. rugosa hollandica - and R. coriifolia froebelii Rehd. (= R, laxa Froeb). The latter was considered a real revelation at the end of the last century. It spread all over Europe from the famous Swiss nurseries Froe-bla, initially met with an enthusiastic reception. However, it was soon found out, that it only works well in calcareous and nutrient-rich soils, on others, it is heavily rusted; besides, it was also noticed, that it ends vegetation very early, so loses pulp, which prevents eyeleting. The revealed disadvantages resulted in its withdrawal from production, although in some areas of Germany, and also with us, lasted a long time.

R, who was famous at the time, enjoyed an even shorter career. rugosa hollandica. It owes its initial success to the Dutch, who massively propagated it from woody cuttings, planted directly into the ground in spring and meshed the same year in summer. From Holland she got to Germany, and then also to Poland. However, its shortcomings were quickly noticed, namely it was found, that the bushes grafted on it live shortly and have poorly colored flowers, which decided to withdraw it completely from production.