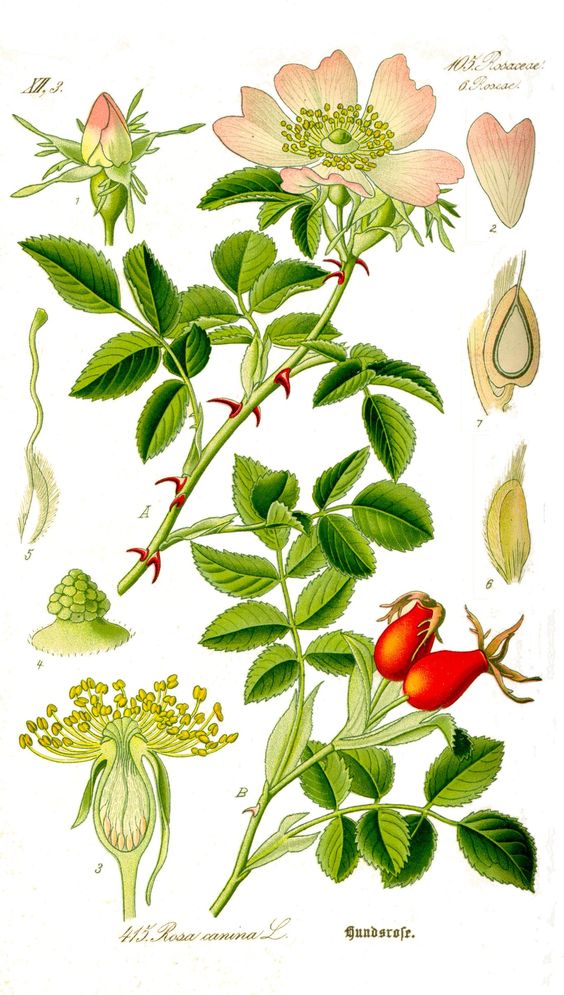 Below we present a short description of the most valuable washers.

Wild rose - Rosa canina. It is a native species with great diversity. The species is resistant to frost by nature, undemanding, long-lived and vigorously growing, although there are significant differences in this respect. They generally get along well with commonly cultivated breeds and varieties.

Its best should be used, already known and proven types. Bushes should not be planted in the nursery, on which the budding did not catch on. It has been cultivated as a rootstock in Europe probably since the 1930s. It represents now (mainly selective types) basic stock for nursery production.

Rosehip, type Senff. Already in the interwar period, it was used by some of our nurseries, gaining the best opinion possible. He was selected in 1919 r. by Senff in Zerbst. It gained widespread distribution only after the last war. It is strong, healthy growth, large, shiny leaves, little spine, high resistance to frost and strong, abundant root system. It is one of the best rootstocks for shrub roses, especially tea hybrids, for cultivation in soil and under glass. However, it is not without its drawbacks, to which they belong: susceptibility to black spot and issuing a significant amount of root suckers. Its advantages also include the long maintenance of the pulp, which - especially in dry years - is a big advantage.

Rosehip, type Polymers (Pollmeriana). It is one of the oldest types of wild rose and has been used by us for a long time. He was selected by Pollmer in 1905 r. w Grossenhein. In U.S (especially in Kutno) its red-shoot form became widespread under the name R.. canine turkey. This form comes from Czechoslovakia and was obtained as a result of further selection within this type (Krussmann). This Pava is one of the best rootstocks with us, showing many valuable qualities, how strong the growth, good health, good budding acceptance of commonly cultivated breeds and varieties and a strong and abundant root system. It seems a lot of short ones, thick shoots, growing at roughly the same level from the root collar. Its disadvantages are: early end of vegetation, which forces you to eyelet in the first place, and sensitivity to black spot and rust. It is completely unsuited to the maritime climate, where it is strongly affected by powdery mildew (Kordes, Tantau, Rathlef). In the conditions of central Poland, it gives an excellent material for cultivation in soil and under glass. It is also successfully used under standard roses.