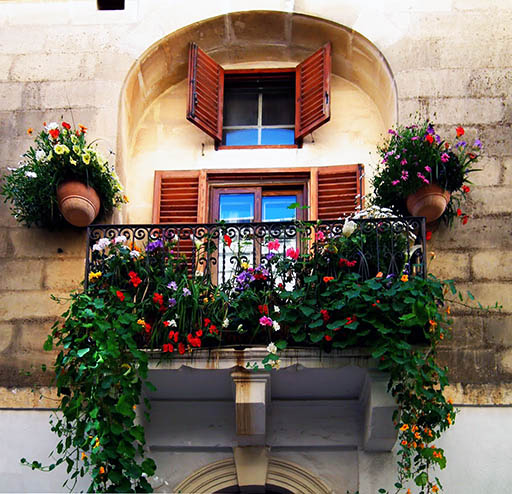 Balconies – is the most common functional and decorative element of a building. Over the centuries, its shape and size have assumed so many different forms, that no one can define the limit of its further development. New construction and material solutions open up wide possibilities for designers, allowing for rich shaping of the facade plane.

Maxwell Ery in his book "Fine Bulding" presents the values ​​and utility values ​​of the balcony: “The balcony is this for the apartment, what a garden for a home: extension of the leisure space to open air, escape from closure, contact with nature. The first task is to dissipate the feeling of claustrophobia by opening up to the surrounding space ". The balcony allows you to go outside, escape from the closed interior, make contact with a wide space. It makes it possible to observe street life in many directions, outside greenery.

The balcony causes relatively little shading of the lower room. Its disadvantage is the lack of a side cover, protecting against wind and limiting its use to summer months and rainless days. This disadvantage can be eliminated to some extent by building glass walls, by hanging awnings, using climbing plants, of which - on appropriate supports and gratings – you can create green walls or gazebos.

The design and creativity of the balcony contribute to the form and size of the balcony, construction, selection of materials, color, place on the facade. Balconies tend to be small, large, Single, Twins, connected in series, corner, in the avant-corps of the building. They differ not only in size, but also the shape of balcony slabs and balustrades. 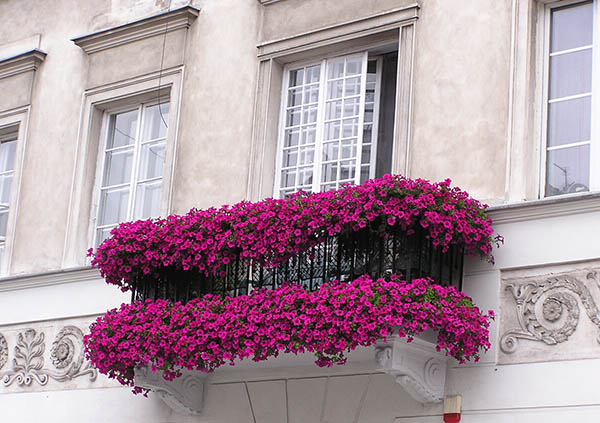 Wooden balconies appeared to be the earliest. Until now, you can find houses in small towns and some villages, whose gable walls are equipped with balconies connecting to the attic living rooms. In higher houses (single-story) they often decorate the front elevation, even along its entire length. An inseparable element of these balconies are balustrades made of boards in horizontal or vertical arrangements, often decoratively cut. Stone balconies – in the past, it was a characteristic element of urban tenement houses. Profiled, stone slabs were placed on richly carved supports. The slab was topped with a balustrade of stone balusters. Despite its weight, stone balconies had the character of openwork sculptures and lace; were perfectly integrated into the background of the façade.

W XIX w. balconies were built on supports made of steel beams, with mesh and decoratively finished with stucco. Another variation of balconies of this period was the solution of brackets and railings in cast iron. But only in the 20th century. balcony solutions have reached unprecedented variety. Like the balcony slabs, the balustrades also took various shapes, and the use of various materials - wood, steel, stone, concrete, glass and plastic – allowed for their rich shaping. The large surfaces of residential buildings with a multitude of balconies illustrate the division of the cubature into countless small apartments, with the right to own balcony. However, that these products of architectural art would not remain only art for art, should be properly managed. The balcony is not an additional storage compartment for any items that do not fit inside. He is also not a lame, where redundant furniture is temporarily stored, crates and suitcases, padded pots and basins. balcony – just like the hall in the interior – it is an external showcase of the apartment. This obliges tenants to maintain such order on it, like in the interior; housekeeping could be called a mini-program: it is an ordinal unconditional requirement; the extended program will include decoration – to a greater or lesser extent – balcony with greenery and flowers. 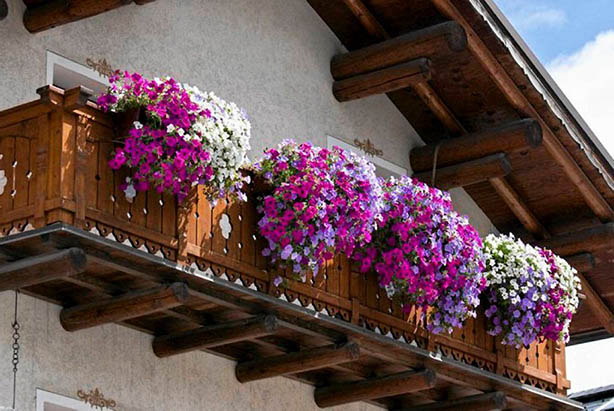 To make it easier for future users to arrange balconies, the arrangement - and even the execution - of the containers should be planned already at the architectural design stage.