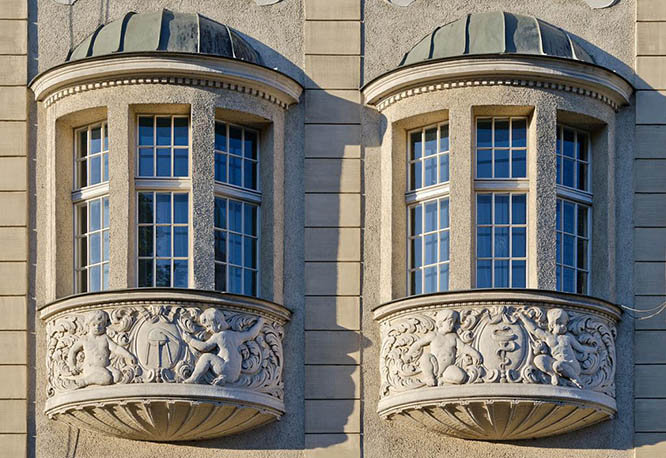 Oriel – an interesting element of the facade from the romanesque period – it has developed over many centuries, began to disappear in the 20th century. In the interwar period, buildings with bay windows were built, yet- Single – they appeared in the first years of reconstruction, but after prefabrication had mastered construction, they remained only a memory of beautiful architecture. It is a pity not only for the facade, but mainly for the user of the apartment. The functional and plastic values ​​of the bay window could – next to balconies and loggias – enrich building facades and the function of apartments. In the period of post-war reconstruction, some of the elevations were restored by one bay window- or multi-storey. Very few are found in prefabricated construction, timid attempts to construct bay windows. 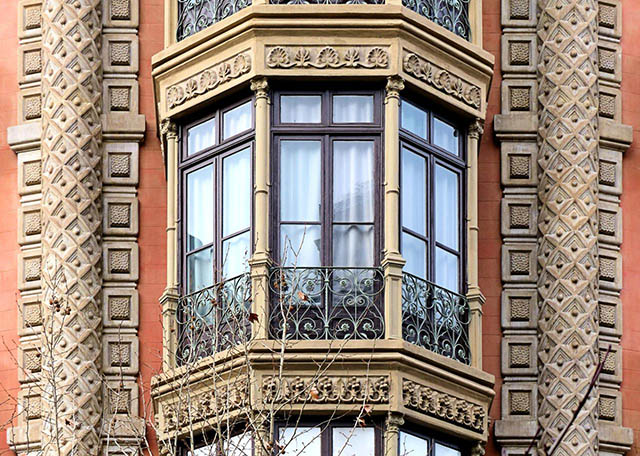 This variety of the balcony, of various forms, enclosed by walls, creates an additional room next to the room, a well-lit bay. It is widely used as a relaxation area, place to work, a separate area for children's games, orangery. In this space, protected against cold and wind and richly lit, you can create a charming corner full of ornamental plants.